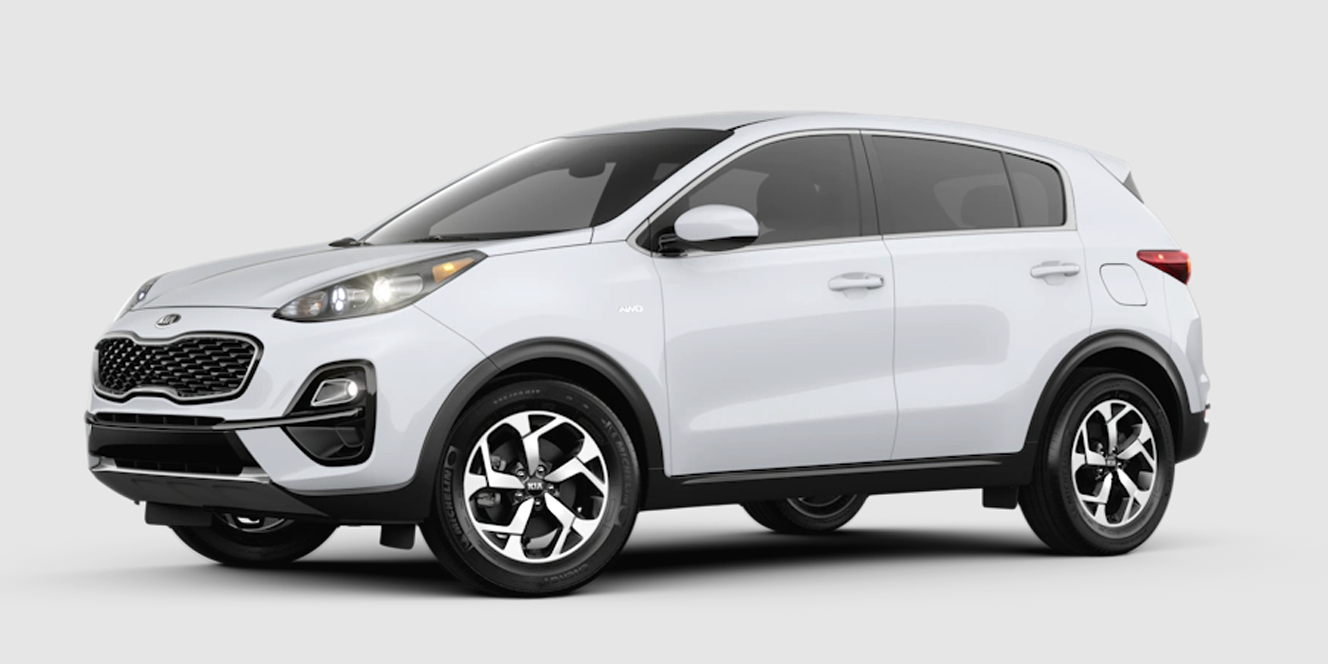 The Kia Sportage is a compact crossover SUV that has almost 30 years of history. It is not the largest or smallest crossover option from Kia. Its middling dimensions make it perfect for transporting people or your belongings without using too much gas. It is also easy to spot for its agile driving dynamics and sporty exterior. Beyond excellence in driving, the Sportage features the handsome cabin design that defines Kia. It has been a safe, comfortable, and fun option since its 1993 debut. Check out the Kia Sportage at Dennis Eakin Kia in Killeen, TX, and you will recognize why this model has persisted in popularity. Our sales team will answer all your outstanding questions. Moreover, our finance department will ensure you can afford your choice of car.

The 2023 Kia Sportage is the first model in the newest generation. Essentially, it is a new car. The new model features the updated Kia Logo and dramatic narrow headlights. This year's model made its first appearance in 2021, so not much is known about the car at the time of writing. If the last generation is anything to go on, you might expect it to appear in trim levels like LX, Nightfall, EX, and SX Turbo. Still, these variants may not appear alongside the announced Sportage X-Line and GT-Line trims.

Another new feature to look forward to is Terrain Mode. It lets you select different driving modes based on where you are. Comfort, Drive, Eco, Sport, and Smart are among the selectable options, and you can read more in the user manual.

Along with other exterior changes, you have the choice of 17- and 19-inch wheels. You can also option 12-inch entertainment screens, a digital gauge cluster, and an infotainment system that streams audio and navigation.

History of the Kia Sportage

As mentioned, the 2023 model is the fifth generation Kia Sportage and debuted in 2021. The first Sportage debuted in 1993. It was a truck-based SUV built on the Ford Econovan platform through a joint effort with Ford. These SUVs were high-performance and cool-looking. For 2004, the second generation was the first Sportage built on a sedan: it shared its platform with the Hyundai Elantra. While it traded in some of its rugged off-road features, it became a much more attractive option for most drivers. The car has only become safer, more powerful, and more efficient. The third and fourth generations continued the trend of updating the Kia Sportage for modern consumer tastes. Fifth-gen Kia Sportage models completely revolutionized the model. Hybrid options exist in European markets, and the car looks fresh. It is also the first Sportage to sport the new Kia badge, which is iconic.

Stop by Dennis Eakin Kia in Killeen, TX, where you can check out the Sportage in person. We have plenty of cars to compare and phenomenal prices. Whether commuting, transporting, or driving long ways, the Kia Sportage is an excellent choice.